I lost a friend once.

Not through death. Not because he literally went missing.

I just lost him.

Somehow, between growing up and moving forward, we fell apart. It wasn’t intentional. It wasn’t something I wanted.

He was one of my very best friends – a true companion I met at 16, and was lucky enough to have until 23 or so. We had an incredible relationship – full of amazing adventures, laughs, and so many long conversations. We never stopped talking.

He was the first person I would ring when I’d see something funny, or when I’d have a new life update. When I had a problem. When I wanted a chat.

We shopped, a lot. We wined and dined, a lot. I spent money I never had doing things I probably wouldn’t have done. He pushed the boundary (and my buttons) when it came to things I thought I could never do, and he made me realise that I always actually could.

He moved interstate when I was about 20, but that made no difference to our relationship. In fact, it probably made it better. Sure, the pop-ins and quick coffees were out, but what came in were entire days and weekends together – whole days in a diary blocked out just for each other. Our phone bills went through the roof. We chatted all the time, any time. I would see books I knew he’d enjoy reading and send them to him. He’d surprise me with random arrivals and expensive cocktails.

And then we got busy. And things started to change. My career started to take off. So did his. His saw him join some incredible intellectual circles. Mine saw me running in circles, jumping from various assignments weekly. But we still called, only less often. And we still caught up, only less and less.

Because friends don’t need to live out of each other pockets. And sometimes people float in and out of each other lives, drifting through. I’ve grown apart from friends before – it’s only natural that you do. It’s not a conscious thing; it’s just something that happens. Some friends are markers throughout your life. Others are a constant part of it.

I suppose I always thought that him and me were more of the constant variety. Turns out, we weren’t.

When I think back to friends I’ve grown apart from, I am filled with fond memories and warm fuzzy feelings. In actuality, I care not that I don’t see some old pals anymore. That’s just the way life goes.

But him? And me? When I think back to us, growing apart, I become terribly sad. I never even saw it coming. He stopped calling. I didn’t put enough effort into catching up. He, of all people because he was always so incredibly supportive, seemed irritated that my life, my job, something I’d worked so hard for, was working out, and truly flourishing. I used ‘busy’ as an excuse. He pushed my buttons, but not in a good way. And I pushed his. It seemed that, in the end, everything that had always held us together was the exact thing that pushed us apart.

The problem is, unlike other old pals, I do care that I don’t see him anymore. I miss him. Not all the time, but some times. Like when I go to a restaurant and I look at the décor, or the menu, and instantly think of him because I know he’d love it. Or when a certain movie makes me smile in just the right way, and I turn to face him but he’s not there. Certain clothing labels remind me of him – they remind me of the hours we spent trawling shops in different cities, looking for the perfect shoe, jacket or suit. And I miss our car rides – we were always going somewhere, but we’d never care if we got there in the end – what mattered was the chats that caused us to miss turn offs, and street signs. It’s no lie that sometimes we’d just drive until we’d literally hit the end of a road. And then? We’d turn back around and drive some more.

I realised far too late that it had been a while since we’d spoken. Two months. That became three. That became four.

And there we have it.

I just lost him.

The real truth, something that people don’t say enough in life, is that some things are worth fighting for. Or waiting for. Or finding again. Moving on, giving up – that’s easy.

Finding something that you’ve lost is much harder. 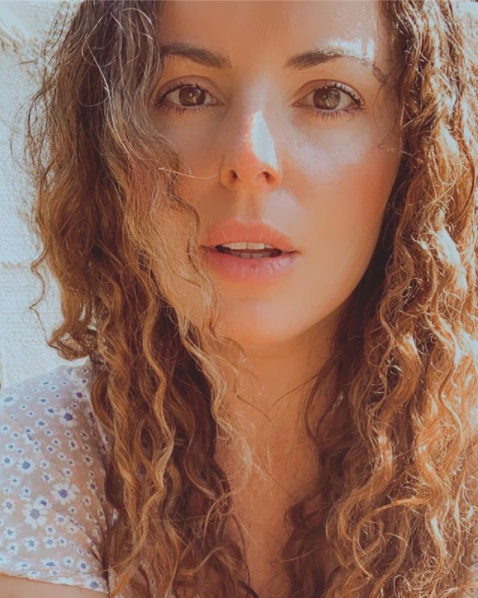 Practicing: Going easy on myself.

Thinking about: Ways to incorporate more creativity into my every day.