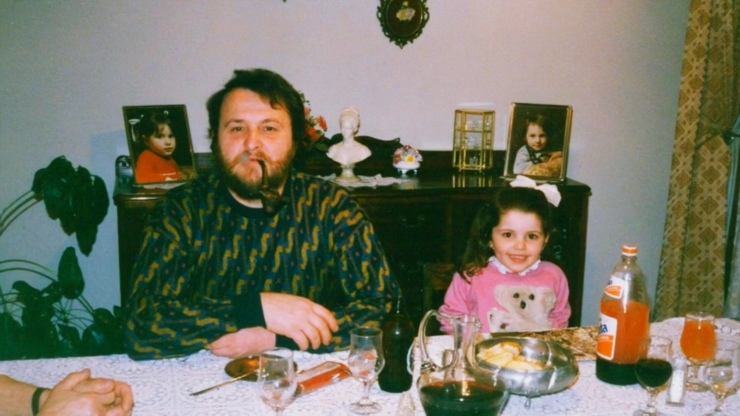 I felt a lump swell in the base of my throat yesterday.

I instantly knew what it was.

I’ve felt it a couple of times this year already; in the days leading up to my birthday, and Father’s Day, and his birthday.

It’s unmistakable – a sharp bulge, that intensifies the more I try to quash it.

I suspect it might still be too early to know.

There’s been a lot of ‘firsts’ this year.

People say it gets easier with the seconds and thirds.

And I wouldn’t want it to.

So many years of saturated memories; tinsel flooded floorboards, and sunburn, tables overflowing with food, and cherry stained fingertips. Music permeating the walls. Laughter, over the crunch of wrapping paper.

For the most part, this Christmas won’t be all that different from any other.

There’ll just be one person missing.

It’s disconcerting how life ticks along, as though the people who once loomed so large were never there at all.

But of course they were.

I’ve got little interest in popping crackers or faking festivity over small talk with people I’ve no partiality to.

I just want to be around the people I love, that get it.

The ones that you don’t have to explain anything to, because they know.

It’s funny, what, and who, you’re drawn to after loss. The comfort you find in the familiar, the warmth in revisiting old memories, and with it, old feelings.

And as far away as possible from the rest of it.

It’s hard to describe – the immense sense of loss, the extensive gaping hole – because it is entirely at odds with – sublime happiness, genuine excitement – and here I am, occupied by all of them, at once.

It is both melancholic, and marvellous. Delicate, and misinterpreted. Complex, and cathartic. Light, and dark.

But maybe instead of trying to quash it, I’ll just let it linger.

It’s a nice reminder, in some ways.

To stay near the people, and do the things, that feel like light.

Not just for a season. 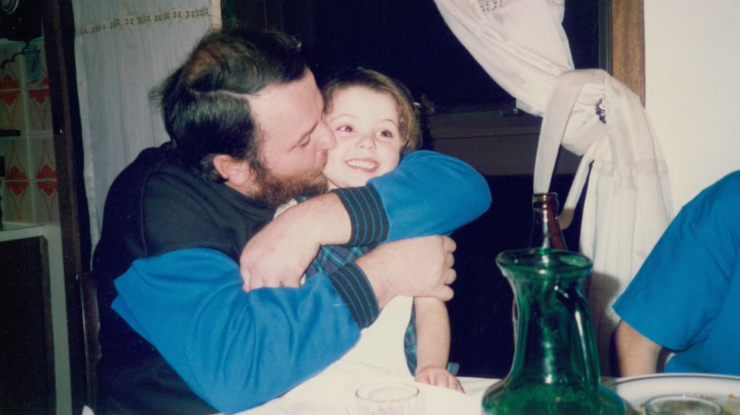 My Dad passed away two weeks ago.

People keep asking me how I’m going, as though they’re half expecting me to break in front of them.

I’ve realised it’s much nicer than not being asked.

How am I going?

Mostly I say, ‘as good as can be expected.’

I suppose that is true.

I’m not sure what the expectation is when you lose one of the most important, pivotal, beloved people in your life, but I feel like I’m doing as good as I can be – I’m waking up, and showering, and eating, and caring for my son, and driving my car, and running errands, and seeing family and friends, and cooking, and cleaning, and checking emails, and making phone calls, and planning, and doing all the little things people do that fill their days.

Some people don’t know what to say, which I somewhat understand, but here’s something else I’ve realised; it’s not that hard to say ‘I’m thinking of you’ or ‘I’m sorry for your loss’ or ‘I hope you are doing as good as can be expected’.

I have been showered in support, and love, and thoughts, and I feel them, wrapped around me. I am so appreciative of every single one of them.

But my Dad has died.

And my life is forever changed.

Everything is kind of the same, but paradoxically, absolutely nothing is the same.

Nothing will be the way it used to be, ever again.

Sometimes it slowly creeps up on me, like a looming dread in the pit of my stomach, and sometimes it hits me, bang out of nowhere, and I catch myself clutching my breath.

I’m as good as can be expected, but I am angry.

I’ve got a simmering rage inside me that I’m containing, but boy does it bubble. I’ve had to remind myself, every day, to ‘let it go’, that ‘it’s not worth it’, to ‘calm down’.

I’m as good as can be expected, but I feel robbed.

It’s true that we don’t know our own strength until we need to; people have commended me for mine, which is lovely, but also slightly odd.

People see strength as ‘getting on with it’ – helping organise a funeral, and saying a eulogy without falling apart, and running yourself into the ground with errands, and doing as good as can be expected, and they say, ‘Good on her, look how strong she is,’ like you’re a show dog at a competition.

That is not strength.

That is autopilot, running on adrenalin.

Do you want to know what strength is?

Strength is not snapping someone’s neck in rage.

Strength is not losing your shit at someone else’s incompetence.

Strength is repeating the same story, over and over, to sympathising guests, when all you want to do is lie down in bed with the doona well above your head.

Strength is choosing not to be negative; choosing life, and beauty, and adventure, and wonder.

My Dad may have died, but that doesn’t give me the right to act like a dick.

So I am being as strong as I can, in the way I know how: by not being an arsehole. The world has enough of those.

Death evokes all sorts of feelings and reactions in people, and they’re all ok. There’s no right or wrong way to grieve, or empathise. For the most part, people use it as an opportunity to think about themselves. At the centre of their own universe, they think of how death affects them. I’ve discovered, in this fortnight that feels like a year, who is really there for me, and who is not, who my true friends are, and who are just people I know.

There’s one small thing I’ve found exceptionally difficult: how quickly ‘is’ and ‘are’ become ‘was’ and ‘were’.

The instant change in tense is jarring.

And, there’s another thing: how the world just keeps spinning.

My Dad may have died, but that doesn’t mean the world stops.

That is the way it should be.

It’s just a little unnerving, how everything goes on, swiftly, at full tilt.

It’s all very surreal; that this has happened, that this is life now.

I’m not convinced that anyone can truly know what it feels like to lose a parent, until they have lost one. And the well-wishes are pleasant, and the thoughts are kindly, but the advice is inordinate and borders on offensive. You either know, or you don’t, and if you don’t, you’re fortunate.

I’ve unwillingly become part of a club I don’t really want to be in but the other people are lovely, and they get it, and the biscuits are nice.

I’ve discovered there’s no real preparation for losing a loved one; whether it strikes you out of nowhere or you have a long lead-time – there’s no difference whatsoever. There’s only here or gone and until they are gone, they are here.

Predominantly, I understand there’s no right or wrong way to go about any of it. Being close to my family and friends has helped me, but some people might choose to shut off. I know that people mean well – and it’s better having people mean well than not having people at all. I recognise that, like with anything in life, there’s constant challenges and choices, and I get to choose my choices, and own them too. I acknowledge that grief is a bit like a wave, and I think I’ll be buoyed forever…

but I also know that I’ll still laugh

and that the thirty-two years I got were better than thirty, or twenty-five, or ten, or none at all

and that so much of who I am is because of him.

40 today! Happiest of birthdays to my love, @kazsieger. An incredible father, husband, musician—and so much more. Here’s to a whole new decade for you. May it be filled with grand adventures, belly aching laughs, love bombs, everyday moments of joy, food aplenty, triple espressos and music everywhere, always. You’re one of a kind, never change. Happy birthday, old boy. We love you so much❤️‍🔥 #FORTYANDFOXY #TWENTYTWENTYFUN
It’s been zoom and gloom for a while now, but the countdown is officially on. I cannot wait to get back to this. And I’m not just talking about the pizza. There’s so much good stuff still to come this year, so many exciting things happening, so much to look forward to. As we edge towards the end of this chapter, I’m reminded of a line from a Sherman Brothers song: “There’s a great, big, beautiful tomorrow, shining at the end of every day.” We’re almost at the end of the day. And I am stirred by the tomorrow that awaits. Bring it 😤 #TEAMxSANDI #ONYAMAG #TWENTYTWENTYFUN ⁣
🕯🍅🍋🍊🕯 #OURHILLSHOME ⁣
People are forever a part of you—those big, those small—no matter how fleeting, no matter the sprawl. Isn’t that something. #WORDSxSANDI #TWENTYTWENTYFUN
🍯✨ #TWENTYTWENTYFUN
EVERYTHING. THAT WAS EVERYTHING 😭😭❤️‍🔥❤️‍🔥